This article introduces you to Apache ZooKeeper by providing details of its technical architecture. It also talks about its benefits along with the use cases it could be utilized in.

ZooKeeper, at its core, provides an API to let you manage your application state in a highly read-dominant concurrent and distributed environment. It is optimized for and performs well in the scenario where read operations greatly outnumber write operations.

It is implemented in Java and has bindings for both Java and C. It uses tree structure of file systems to manage its data among its nodes. 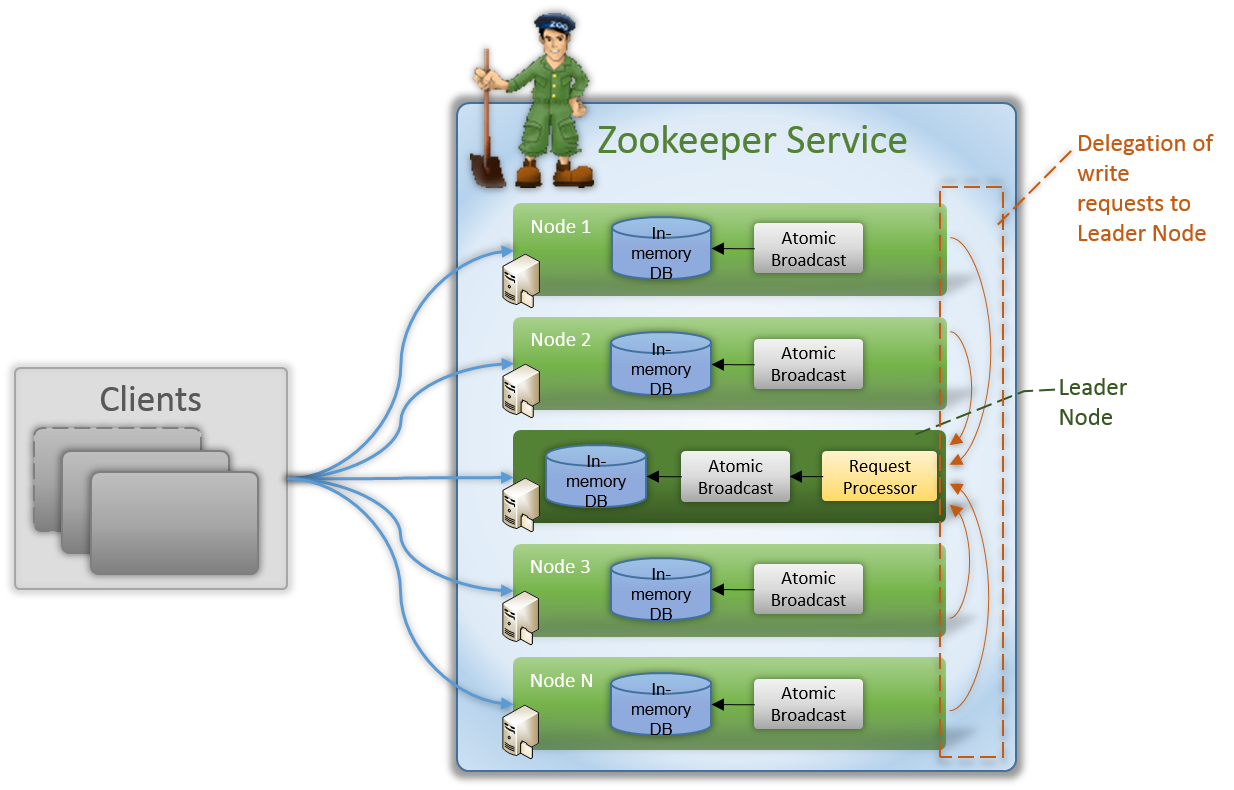 There are following two types of nodes shown in above diagram -

And here is the brief description of Node components as shown in architecture diagram. Please note that these are not the only components in Nodes.

Apache ZooKeeper, being a coordination service, is suitable for but not limited to following scenarios -

Below are some of instances where Apache ZooKeeper is being utilized -